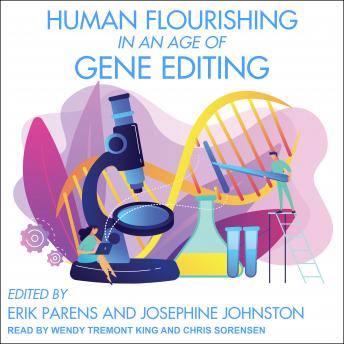 Human Flourishing in an Age of Gene Editing

International uproar followed the recent announcement of the birth of twin girls whose genomes had been edited with a breakthrough DNA editing-technology. This technology, called clustered regularly interspaced short palindrome repeats or CRISPR-Cas9, can alter any DNA.

The potential uses of CRISPR-Cas9 and other gene editing technologies are unprecedented in human history. By using these technologies, we eradicate certain dreadful diseases. Altering human DNA, however, raises enormously difficult questions. Some of these questions are about safety. But gene editing technologies also raise other moral questions, which touch on deeply held, personal, cultural, and societal values. The broadest form of this second kind of question is the focus of this book: What might gene editing-and related technologies-mean for human flourishing?

In the new essays collected here, an interdisciplinary group of scholars asks age-old questions about the nature and well-being of humans in the context of a revolutionary new biotechnology-one that has the potential to change the genetic make-up of both existing people and future generations. Welcoming listeners who study related issues and those not yet familiar with the formal study of bioethics, the authors of these essays open up a conversation about the ethics of gene editing.

Human Flourishing in an Age of Gene Editing