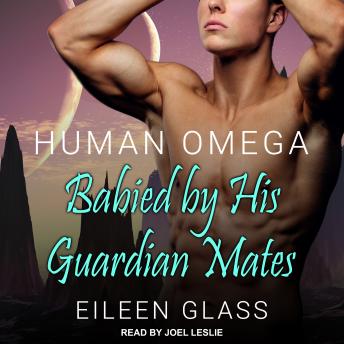 Sometimes you've just got to flip your big dumb alien onto his stomach and teach him a thing about masculinity. It's not how much you've got-it's how you use it.

Finally, everything is going good for Carter. He's not a slave. He has a roof over his head. He's fixed his alien language translator and now can talk to Pykh and Siel, his protectors.

Thankfully, they aren't promiscuous alien hillbillies. They're loyal men who love him, and Carter loves them back. Our space marine is ready to settle into a new life on the fleaf'akhie planet and be happy.

But now there's another problem. On this planet . . . he's the girl? And not just any girl, but a pale, delicate, exotic princess who must be bowed to, courted, and entertained with poems.

What's a tough space marine to do, being treated like this? Setting them straight would be easy, and Carter does come clean to his hopeful fathers to-be, but now a golden-armored general brings a carriage to take him away to safety. Carter must play along with the princess act, or he and his new family may be turned away at the gates.