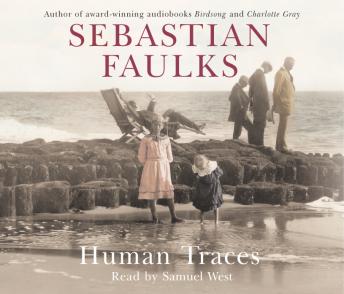 Jacques Rebière and Thomas Midwinter, both sixteen when the story starts in 1876, come from different countries and contrasting families. They are united by an ambition to understand how the mind works and whether madness is the price we pay for being human. As psychiatrists, their quest takes them from the squalor of the Victorian lunatic asylum to the crowded lecture halls of the renowned Professor Charcot in Paris; from the heights of the Sierra Madre in California to the plains of unexplored Africa. Their search is made urgent by the case of Jacques's brother Olivier, for whose severe illness no name has yet been found. Thomas's sister Sonia becomes the pivotal figure in the volatile relationship between the two men, which threatens to explode with the arrival in their Austrian sanatorium of an enigmatic patient, Fräulein Katharina von A, whose illness epitomises all that divides them. As the concerns of the old century fade and the First World War divides Europe, the novel rises to a climax in which the value of what it means to be alive seems to hang in the balance. This is Sebastian Faulks's most ambitious novel yet, with scenes of emotional power recalling his most celebrated work, yet set here on an even larger scale.Moving and challenging in equal measure, Human Traces explores the question of what kind of beings men and women really are.