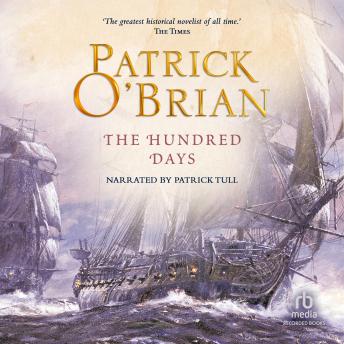 For years, critics have celebrated best-selling author Patrick O'Brian's seafaring adventures for their magnificent blend of swashbuckling excitement and historical accuracy. With The Hundred Days, he transports you to the high seas of the Napoleonic era when the French demagogue is making a desperate attempt to control the European world. While Napoleon pursues the British across Europe, rumors fly about him forging a secret link with the forces of Islam. Soon an ominous horde of Muslim mercenaries gather. In a desperate attempt to avert disaster, ship's doctor Stephen Maturin navigates oriental politics to uncover the truth. And blustery Commodore Jack Aubrey launches a daring mission to destroy the growing French-Muslim menace. Patrick O'Brian packs this brilliantly executed tale with elegant language, rich humor, and authentic period atmosphere. With his deep, rumbling voice, narrator Patrick Tull brings storm-tossed seas and gallant navy warships colorfully to life. For other entertaining yarns, sail through: Master and Commander and The Yellow Admiral.

This title is due for release on June 4, 2004
We'll send you an email as soon as it is available!