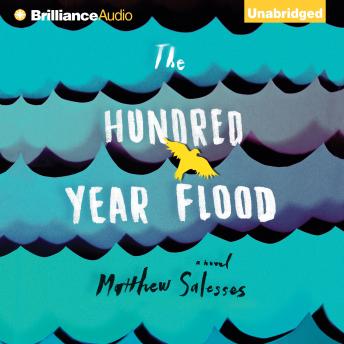 Against the backdrop of a flood that comes only once a century, a young American grapples with starting life over on foreign soil-and the challenges it creates in forging a new identity, maintaining new relationships, and learning what it means to be a permanent stranger in a strange land.

A flood that only comes every hundred years. An alluring new city. An illicit love affair. This is the story of Tee, a young man with no connection to his past, who finds himself deeply uncertain about his future as he settles in present-day Prague. He strikes out on his own in search of a new identity: Perhaps he'll work at the Prague Post. Or at an English bookstore. Or maybe he'll teach, or write a novel, or become a connoisseur of tea. Who knows?

As the flood slowly makes its way into the old city, Tee contemplates his own place in life as he tries to convince himself that living in a city known for its heroes, myths, and ghosts will mean a chance to shed the parallels between himself and his adopted father.

Matthew Salesses's full-length debut showcases his literary talents in this hauntingly beautiful story, weaving together the tangled threads of love and life. Roxane Gay, author of the recent bestsellers Untamed State and Bad Feminist, calls The Hundred-Year Flood "epic and devastating and full of natural majesty." It is, as Tumbledown author Robert Boswell calls it, "the novel to read right this moment."