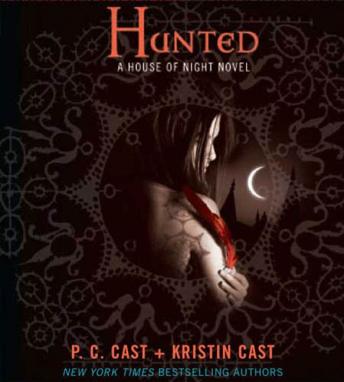 Hunted: A House of Night Novel

The good news: Zoey's friends have her back again and Stevie Rae and the red fledglings aren't Neferet's secrets any longer. The bad news: Ancient evil with the face of an angel has been let loose - that and various other nasties (whose faces aren't so angelic). Grandma Redbird is in trouble. Heath is in trouble. The House of Night is in trouble. Okay, let's face it - Zoey's whole world is in trouble! But when the trouble comes from a being who appears to be beauty personified, will the world believe it? Especially when only a teenager and a group of misfits are the only ones who really understand the danger he brings. Will Zoey have the strength and wisdom to reveal the truth? Especially when, in the House of Night, the truth is often hard to come by...
Hunted, the fifth installment in P.C. Cast and Kristin Cast's award-winning, New York Times bestselling young adult vampyre series is sure to keep fans hooked.

Hunted: A House of Night Novel