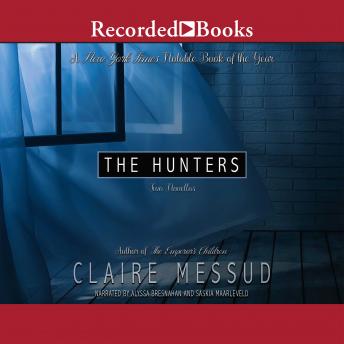 'A Simple Tale' is the moving account of Maria Poniatowski, an aging Ukrainian woman who was taken by the Germans for slave labor and eventually relocated to Canada as a displaced person. She struggles to provide her son Radek with every opportunity, but his eventual success increases the gulf between him and his mother. What of the past is she to preserve, and how to avoid letting the weight of that past burden the present? Maria's story is about the moments of connection and isolation that are common to us all. 'The Hunters,' the second novella, is narrated by an American academic spending a summer in London who grows obsessed by the neighbors downstairs. Ridley Wandor, a plump and insipid caretaker of the elderly, lives with her ever-unseen mother and a horde of pet rabbits she calls 'the hunters.' While the narrator researches a book about death, all of Ridley Wandor's patients are dying. Loneliness breeds an active imagination. Is having such an imagination always destructive? Or can it be strong enough to create a new reality? Far-flung settings and universal themes give a sweeping appeal to Claire Messud's work.

This title is due for release on July 20, 2018
We'll send you an email as soon as it is available!