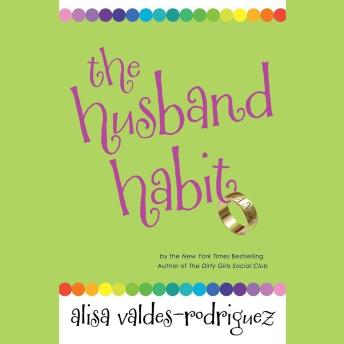 Vanessa Chavez is a successful sous chef in Albuquerque, New Mexico. She's rich with friends, loved by her family, but she has one giant Achilles heel—she keeps falling for married men. Not that she knows they're married, but each and every time she ends up duped, mistaken, taken for a ride, outright fooled. When The Husband Habit begins, Vanessa has just fallen for a married guy yet again—but this time, the wife finds out about Vanessa and tries to run her over with her minivan. There's nothing for a girl to do but take a vow of celibacy and figure out why she makes bad choices over and over again. Vanessa focuses on work (sure, whatever), hangs out with her parents (boring!), and resists the efforts of her friends Manny and Lucy to set her up on dates. They introduce her to Kevin, and even though on paper he's all wrong, he's got great manners, and he's awfully good looking. Not bad in the kissing department, either. But just when her guard goes down, the red flag goes up—Kevin, of course, is married. But could there be an innocent explanation?