Hushabye: The Mystics, the Music, and the Mob 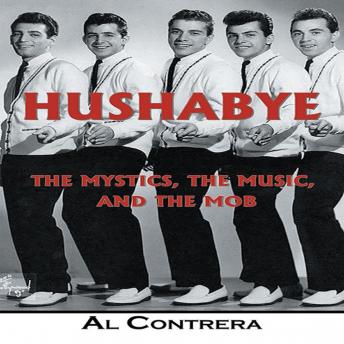 An original founding member of the Mystics, author Al Contrera tells the true story of how five Brooklyn teenagers went from singing on street corners to fame in the fifties with their first hit song, 'Hushabye.' Contrera, provides vivid and detailed accounts of the trials and adventures of forming a rock-'n'-roll group in a neighborhood controlled by the mob. He narrates the story of the group's formation, their recording and touring career, as well as their successes and heartbreaks, including the story of when the Mystics' lead singer was arrested for being an innocent witness to a holdup and accidental shooting by a neighborhood gang and was mistakenly jailed for two years. Hushabye tells about walking the fine line between the music and the mob and how peer pressure and the temptations of fame changed their lives. Contrera offers keen insight and background into the sweet sound of the street corner doo-wop harmonies of the 1950s.

Hushabye: The Mystics, the Music, and the Mob