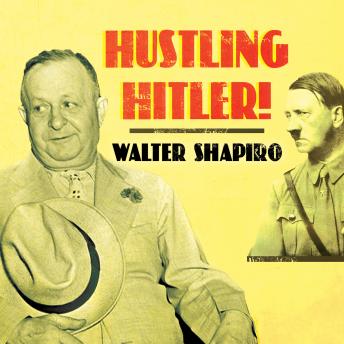 Hustling Hitler: The Jewish Vaudevillian Who Fooled the Führer

All his life, journalist Walter Shapiro assumed that the outlandish stories about his great-uncle Freeman were exaggerated family lore; some cockamamie Jewish revenge fantasies dreamt up to entertain the kids and venerate their larger-than-life relative. Only when he started researching Freeman Bernstein's life did he realize that his family was actually holding back.

A cross between The Night They Raided Minsky's and Guys and Dolls, Freeman Bernstein's life was itself an old New York sideshow extravaganza, one that Shapiro expertly stages in Hustling Hitler. From a ragtag childhood in Troy, New York, Shapiro follows his great-uncle's ever-crooked trajectory through show business, from his early schemes on the burlesque circuit to marrying his star performer, May Ward, and producing silent films released only in Philadelphia. Of course, all of Freeman's cons and schemes were simply a prelude to February 18, 1937, the day he was arrested by the LAPD outside of Mae West's apartment in Hollywood. The charge? Grand larceny-for cheating Adolf Hitler and the Nazi government.

Hustling Hitler: The Jewish Vaudevillian Who Fooled the Führer