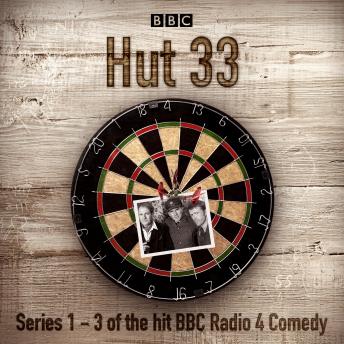 Set during World War Two, Hut 33 follows the adventures of a team of codebreakers at Bletchley Park as they work tirelessly to break German codes, matching wits with the fabled Enigma Machine. Unfortunately, they hate each other.

Archie is a stroppy Geordie socialist revolutionary, while Professor Charles Gardner is a toffee-nosed snob. In theory, the immensely stupid 3rd Lt. Joshua Featherstonhaugh-Marshall is in charge of the hut, but he is still struggling with even the most basic concepts such as his name. They are joined by child prodigy Gordon, and the silent Winstanley. There’s also Mrs Best, the lascivious landlady, and the hut’s Polish secretary Minka, the only competent member of the team – although her answers to everything usually involve violence.