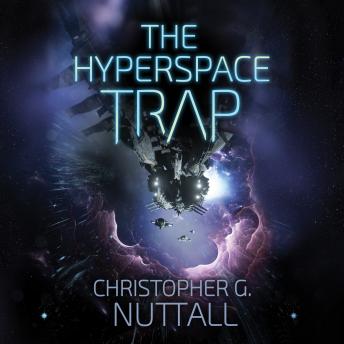 #5 of Angel in the Whirlwind

Christopher G. Nuttall’s novel of human fear and survival, set in the thrilling world of his Angel in the Whirlwind series.

A year after the Commonwealth won the war with the Theocracy, the interstellar cruise liner Supreme is on its maiden voyage, carrying a host of aristocrats thrilled to be sharing in a wondrous adventure among the stars. The passengers include the owner and his daughters, Angela and Nancy. Growing up with all the luxuries in the world, neither sister has ever known true struggle, but that all changes when a collision with a pirate ship leaves the cruiser powerless and becalmed in hyperspace. And they’re not alone.

Now, the mysterious force that’s living on this floating graveyard is coming for Supreme’s crew and passengers. As madness starts to tear at their minds, they must fight to survive in a strange alien realm.

And there’s no way out…