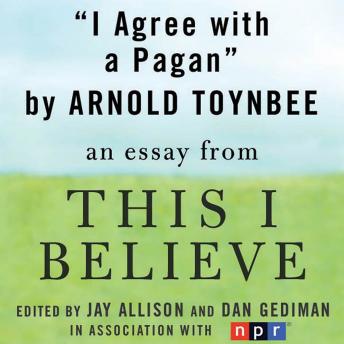 I Agree with a Pagan: A 'This I Believe' Essay

In this essay originally aired in the 1950s, historian Arnold Toynbee describes how relating to others, even when it causes us to suffer, makes us human, in 'I Agree With A Pagan', his contribution to NPR’s This I Believe series.