I Am the Central Park Jogger: A Story of Hope and Possibility 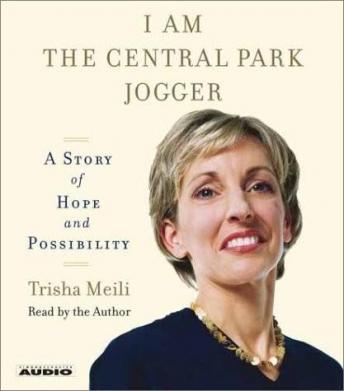 A timeless, “triumphant” (Entertainment Weekly) story of healing and recovery from the victim of a crime that shocked the nation: the Central Park Jogger. As featured in When They See Us—the Netflix limited series created, written, and directed by Ava DuVernay that retells the story of the Central Park Five, the young men wrongly accused of this crime.

Shortly after 9:00 p.m. on April 19, 1989, a young woman jogs alone near 102nd Street in New York City's Central Park. She is attacked, raped, savagely beaten, and left for dead. Hours later she arrives at the emergency room—comatose—she has lost so much blood that her doctors believe it’s a miracle she's still alive. Meet Trisha Meili, the Central Park Jogger.

I Am the Central Park Jogger recounts the mesmerizing, inspiring, often wrenching story of human strength and transcendent recovery. Called “Hero of the Month” by Glamour magazine, Meili tells us who she was before the attack—a young Wall Street professional with a promising future—and who she has become: a woman who learned how to read, write, walk, talk, and love again...and turn horrifying violence and certain death into extraordinary healing and victorious life. With “moments of unexpected grace and insights into life’s challenges….Meili’s story—the story the public never knew—is unforgettable” (The Buffalo News).

I Am the Central Park Jogger: A Story of Hope and Possibility

This title is due for release on April 1, 2003
We'll send you an email as soon as it is available!