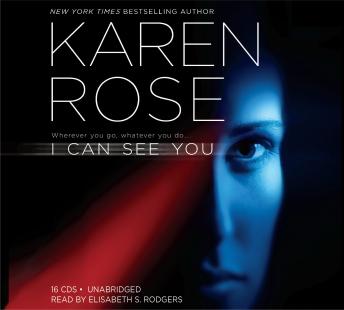 I Can See You

Eve Wilson's face was once marred by a vicious assault. Terrified and ashamed, she retreated to the virtual realm where no one could see her. Now, years later, her outer scars faded and inner scars buried, she's fought her way back to the real world, and is determined to help others do the same. Then her test subjects on the addictive powers of the Internet start turning up as 'suicides.' Detective Noah Webster is one of the few people who believe the deaths are connected murders. To find the twisted killer, he must rely on Eve. Together, they enter an intoxicating world of alternate identities and secret passions . . . and find themselves trapped in the fight of their lives.

I Can See You