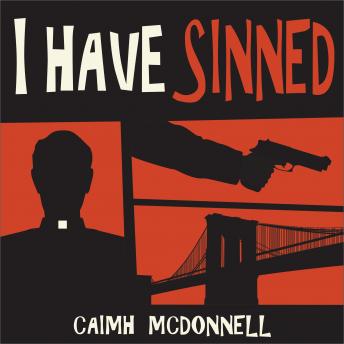 Bunny McGarry is a man on a mission. He left behind his life in Ireland to go to New York to find the woman he loves, who happens to have a lot of very dangerous people looking for her. The good news is that they don’t know where she is, the bad news is that Bunny doesn’t either and the only people that do are a rogue order of nuns called The Sisters of the Saint who have raised not being found to the level of art form.

Bunny’s one clue is a priest he thinks might know something, but Father Gabriel de Marcos isn’t willing to play ball. The padre runs a boxing club at the bad end of the Bronx, battling to keep kids out of gangs – noble, thankless work. Thing is, saints don’t typically have assassins sent after them. What sins are hidden in this priest’s mysterious past? Bunny has no choice but to save Gabriel from the demons that are on his tail. He has to manage all this while living under the rules that chill him to the very bone. No drinking. No swearing. No violence.

I Have Sinned is book two in the McGarry Stateside series, a continuation of the smash hit Dublin Trilogy which also featured Bunny McGarry. It melds high-octane action with a distinctly Irish acerbic wit.

This title is due for release on November 8, 2019
We'll send you an email as soon as it is available!