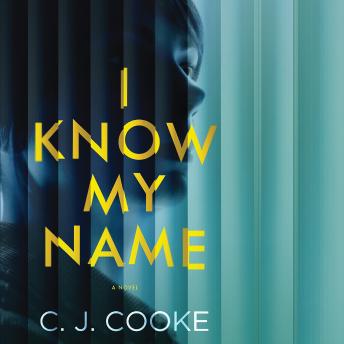 I Know My Name

A woman with no name. A wild, abandoned island. A family desperate for answers. A debut thriller like no other.

On a small Greek island, a woman comes ashore with no memory of who she is, where she's from, or how she came to be shipwrecked there. Worse, she has no way of leaving. As she's nursed back to health by the island's only inhabitants, four friends on an annual retreat, she detects tensions between the group that suggest not all is quite as it seems. Her new acquaintances each appear to be hiding something--something that may relate to the mystery of her identity.

Meanwhile, in a pretty suburb on the outskirts of London, Eloise, the mother of a newborn and a toddler, vanishes into thin air. Her husband, Lochlan, is desperate to find her--but as the police look into the disappearance, it becomes clear that Lochlan and Eloise's marriage was not the perfect union it appeared.

As Lochlan races to discover his wife's whereabouts, Eloise enacts an investigation of her own. What both discover will place lives at risk and upend everything they thought they knew about their marriage, their past, and what lies in store for the future.

I Know My Name