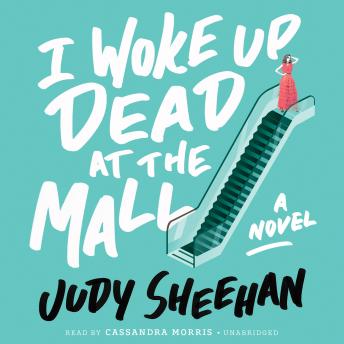 I Woke Up Dead at the Mall

Judy Sheehan's debut young-adult novel is a terrifically fun read that also tackles some of life's-and the afterlife's-big questions.

Last night Sarah was a bridesmaid, dressed in a hideous peach gown. Today she wakes up dead at the Mall of America. This is where the universe sends teenagers who were murdered. In fact, most malls are haunted. The living don't notice it, what with all the bright lights, sales, and free samples. The dead just pass through them while finishing up the business of their former lives. As Sarah and her fellow dead teenagers work together to move on, she hits just a few complications: Sarah discovers an uncanny ability to haunt the living, and while she has no idea who killed her, she knows her father is still in terrible danger. Meanwhile, she's falling madly and badly for Nick, who died heroically saving his girlfriend. Sarah can't let these distractions stop her, at the risk of becoming doomed to relive her final moments again and again. But what will happen to her father if she doesn't try to save him?

"A feel-good novel about being dead? Only in this quirky, even romantic story...Sarah's conversational, quick-paced, first-person narrative, full of 'deadly' puns and idioms, recounts how she and her new BFFs (even in death?) work together. And when Sarah finds love in the process, she realizes she's only learned how to live by being dead. Sure, the plot is inconceivable, but isn't life? And death?"-Kirkus Reviews

I Woke Up Dead at the Mall