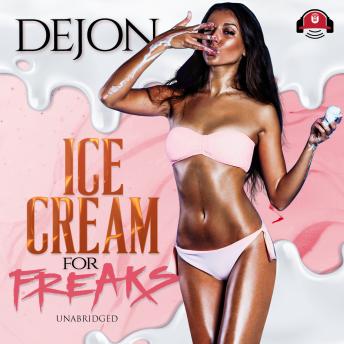 In the tradition of cult literary icon Donald Goines, Ice Cream for Freaks is written with a realness that accurately depics the bleak conditions of the story’s urban backdrop.

The main character, Nathaniel Wilson, better known in his middle class Queens neighborhood as “Ice,” has a reputation of being a brutal and daring stick-up kid.

A seemingly well-planned robbery proves deadly to Ice when the victim happens to be “Supreme”—a rising star in a violent New York drug cartel. The robbery ignites a backlash of unpredictable murders, rapes, and mayhem throughout the streets of Queens.

When Ice lands in an upstate New York prison, both his reputation and his manhood come into question after an unforgettable and terrorizing encounter in his cell with a prison homo-thug called Mother Dear.

Part two to this novel is titled Ice Cold Vengeance.