Icons of the Iron Age: The Celts in History and Archaeology 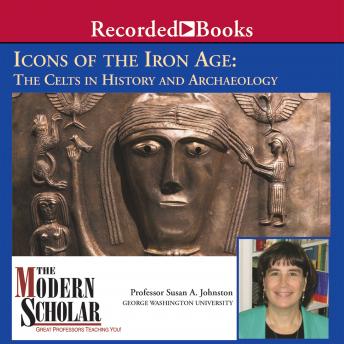 were the Celts, who lived in Europe during the Iron Age, from about 600 BCE into the early centuries CE. They fascinated ancient Classical writers of Greece and Rome, who wrote about them often. They left behind an intriguing record of physical remains that have been recovered by archaeologists, and they have continued to hold our attention as modern populations claim a Celtic identity. Using historical, archaeological, linguistic, and anthropological evidence, Professor Johnston provides an intriguing look at the ancient Celtic peoples of Europe, Britain, and Ireland.

Icons of the Iron Age: The Celts in History and Archaeology

This title is due for release on February 20, 2009
We'll send you an email as soon as it is available!