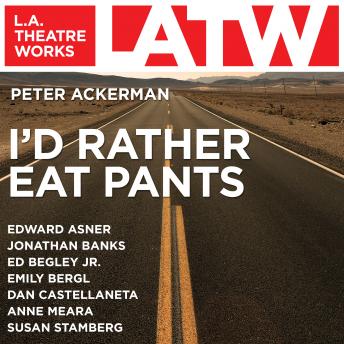 I'd Rather Eat Pants

What do fast-talking, New York octogenarians, Abe and Mabel, do when their life-long grocery store, Pepperstein Produce, is driven out of business by Wonder Food? They embark on the ultimate road trip with a nineteen year-old stoner, Wisdom, to Los Angeles to become actors.

Directed by Gordon Hunt. Recorded in front of a live audience by L.A. Theatre Works.

I'd Rather Eat Pants