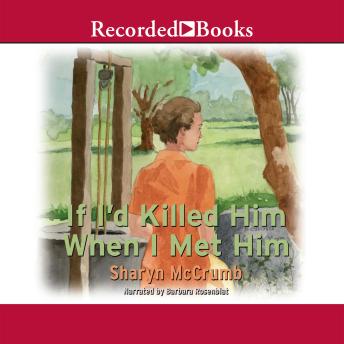 If I'd Killed Him When I Met Him

Sharyn McCrumb's Edgar Award-winning novels featuring Elizabeth MacPherson have captured countless fans who eagerly share this young detective's longings for tantalizing cases and all things Scottish. In the latest New York Times best selling addition to the series, MacPherson yearns for one particular Scot, her missing husband Cameron, while she tries to solve two baffling instances of murder. If I'd Killed Him When I Met Him draws together the stories of two women, unrelated except for a common crime: both are charged with killing their husbands. As their tales of abandonment and abuse unfold, the forensic anthropologist must sift through decades of information while juggling evidence, hearsay, and history. Before she realizes it, MacPherson is involved in a battle of the sexes that hits very close to home. Right up until the final verdict, this moving adventure will keep you guessing the outcome and cheering for the spirited investigator.

If I'd Killed Him When I Met Him