If Tomorrow Comes: Book 2 of the Yesterday's Kin Trilogy 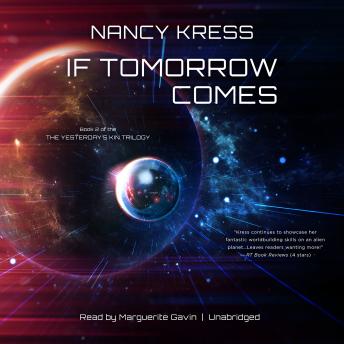 Ten years after the aliens left Earth, humanity has succeeded in building a ship, Friendship, in which to follow them home to Kindred. Aboard are a crew of scientists, diplomats, and a squad of Rangers to protect them. But when the Friendship arrives, they find nothing they expected: no interplanetary culture, no industrial base, and no cure for the spore disease.A timeslip in the apparently instantaneous travel between worlds has occurred, and far more than ten years have passed.Once again scientists find themselves in a race against time to save humanity and their kind from a deadly virus while a clock of a different sort runs down on a military solution no less deadly to all. Amid devastation and plague come stories of heroism and sacrifice and of genetic destiny and free choice, with its implicit promise of conscious change.

If Tomorrow Comes: Book 2 of the Yesterday's Kin Trilogy