If You Hear Her: A Novel of Romantic Suspense 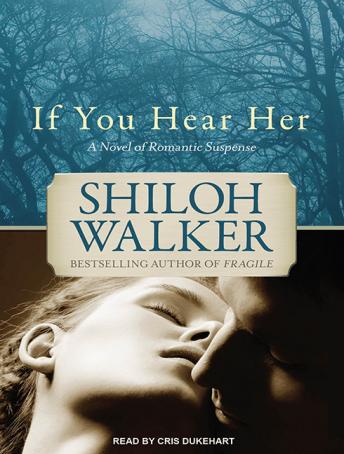 The scream Lena Riddle hears in the woods behind her house is enough to curdle her blood-she has no doubt that a woman is in real danger. Unfortunately, with no physical evidence, the local law officers in small-town Ash, Kentucky, dismiss her claim. But Lena knows what she heard-and it leaves her filled with fear and frustration.Ezra King is on leave from the state police, but he can't escape the guilty memories that haunt his dreams. When he sees Lena, he is immediately drawn to her. He aches to touch her-to be touched by her-but is he too burdened by his tragic past to get close? When Ezra hears her story of an unknown woman's screams, his instincts tell him that Lena's life is also at risk-and his desire to protect her is as fierce as his need to possess her.

If You Hear Her: A Novel of Romantic Suspense