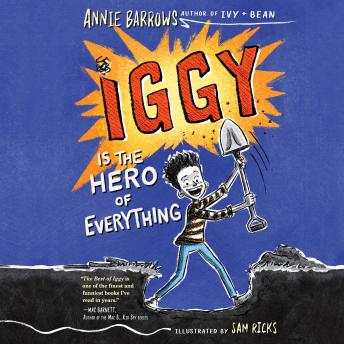 Iggy Is the Hero of Everything

The third book in the Iggy series about the lovable troublemaker from New York Times bestselling author of Ivy + Bean.

But are they? It all depends on your point of view

In the third installment of Annie Barrows's series about the secret joys of causing trouble, readers will learn about the power of interpretation (but we all know who's really right).

Iggy Is the Hero of Everything