Iggy Pop: Open Up and Bleed 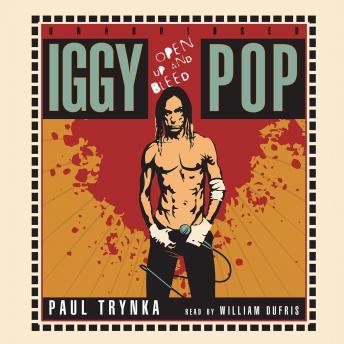 Iggy Pop’s legendary career has been tumultuous, reaching great heights, producing mega-hits, while at times hitting rock-bottom lows in jail and mental institutions. Along the way, he’s become a cult rock hero, an inspiration for dozens of other famous rockers, and has had a pretty good time of it, too. But the image of Iggy Pop versus the man behind that image, James Newell Osterberg, Jr., are surprisingly contradictory. As the author deftly reveals in this first-ever biography of Iggy, the “nude and rude” punk rocker was the vice-president of his high-school class and is considered an intellectual by many.
Living in Ann Arbor among Iggy’s childhood friends and pre-fame lovers and interviewing dozen of musicians including Iggy himself, Trynka has created a sincere and fascinating portrayal of the real man behind the rock star.

Iggy Pop: Open Up and Bleed