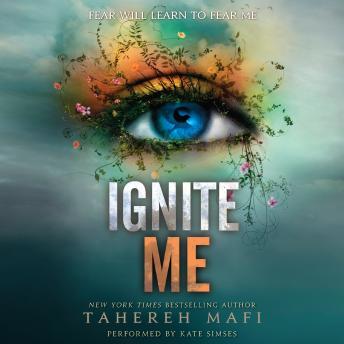 The heart-stopping third installment in the New York Times bestselling Shatter Me series, which Ransom Riggs, author of Miss Peregrine's Home for Peculiar Children and Hollow City, called 'a thrilling, high-stakes saga of self-discovery and forbidden love.'
With Omega Point destroyed, Juliette doesn't know if the rebels, her friends, or even Adam are alive. But that won't keep her from trying to take down The Reestablishment once and for all. Now she must rely on Warner, the handsome commander of Sector 45. The one person she never thought she could trust. The same person who saved her life. He promises to help Juliette master her powers and save their dying world . . . but that's not all he wants with her.
The Shatter Me series is perfect for fans who crave action-packed young adult novels with tantalizing romance like Divergent by Veronica Roth, The Hunger Games by Suzanne Collins, and Legend by Marie Lu. Tahereh Mafi has created a captivating and original story that combines the best of dystopian and paranormal and was praised by Publishers Weekly as 'a gripping read from an author who's not afraid to take risks.'
And don't miss Defy Me, the shocking fifth book in the Shatter Me series!