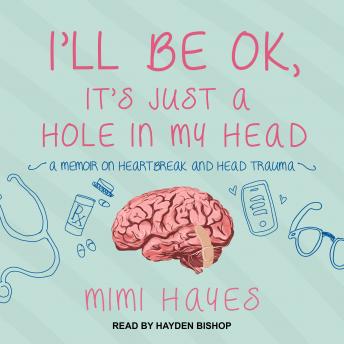 Mimi Hayes is a New York-based comedian and the author of the memoir I'll Be OK, It's Just a Hole in My Head. A former high school teacher and brain injury survivor, Hayes wrote her first humorous memoir while recovering from a traumatic head injury at the age of twenty-two. Her honest take on trauma and love followed her to the stage as a stand-up comedian, where she has performed on stages such as Denver Comedy Works, Broadway Comedy Club, Stand Up NY, Dangerfield's, and The Upright Citizen's Brigade. She was highlighted by Mogul as a 'New York City Comedian To Look Out For in 2018.'