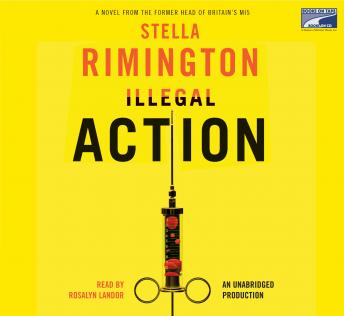 Liz has been transferred to counter-espionage–the hub of MI5 operations during the Cold War, which has been scaled back as anti-terrorism has gained priority. But there’s plenty for her to do: there are more spies operating in London in the 21st century than there were during the height of East-West hostilities. Even the Russians still have a large contingent, although now they spy on the international financial community and on the wealthy ex-pat oligarchs who make England their domain.

In her new assignment, Liz quickly uncovers a plot to silence one of these Russians: Nikita Brunovsky, an increasingly vocal opponent of Vladimir Putin. The Foreign Office is adamant about forestalling a crime that could become a full-blown international incident, but there’s not a single clue as to how the assassination will be carried out–and Liz is solely responsible for averting disaster. So she goes undercover, attaching herself to Brunovsky’s retinue: racing against the clock to determine who betrayed him and suddenly facing a wholly unexpected second task–unmasking a Russian operative working undercover alongside her.

Dame Stella has once again distilled her experience as the first woman Director General of MI5 into a spy novel of arresting psychological complexity and unflagging suspense.