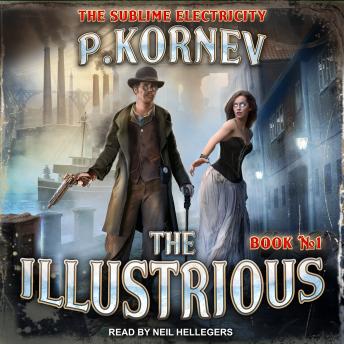 In this world, science took the place of magic. Meanwhile, the transition from the era of steam to the epoch of Sublime Electricity is already underway. But magic hasn't simply disappeared without a trace. It still exists, concealed in the blood of the illustrious. Detective constable Leopold Orso of the metropolitan police counts himself among their number. He was bestowed a talent that allows him to bring others' fears to life.

Leopold didn't go looking for trouble. All he really wanted was to gain access to his rightful inheritance. But, his peaceful life came to an end when a box from his grandmother's estate caught the interest of a mysterious cabal of conspirators, police, and bloodthirsty malefics.
His new enemies have an arsenal of six-barreled machine guns, backpack flamethrowers, and hordes of hellspawn. He may escape with his life, but it won't be easy!