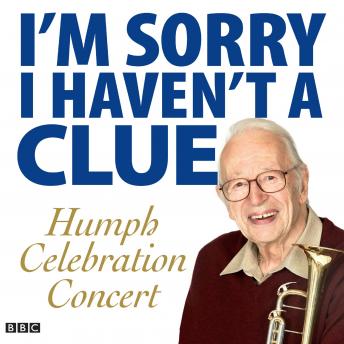 Acclaimed jazz trumpeter, band leader and longtime host of Radio 4’s perennial antidote to panel games I’m Sorry I Haven’t a Clue, Humphrey Lyttelton was a role model, influence and inspiration for several generations of musicians and comedians. Performing at this special tribute concert, organised and introduced by his son Stephen, are an all-star cast of friends and admirers from the world of music, including Elkie Brooks, Stacey Kent, Jools Holland, Charlie Watts, Acker Bilk’s band and of course the Humphrey Lyttelton Band. Joining forces with them are a host of comedians from the Clue team, including Tim Brooke-Taylor, Graeme Garden, Barry Cryer, Tony Hawks, Andy Hamilton, Sandi Toksvig, Jeremy Hardy, Rob Brydon and Jack Dee. Packed with unforgettable moments, this extended version of the concert was never broadcast on radio. The perfect commemoration of an extraordinary man, it will delight all fans of the legendary Humph.