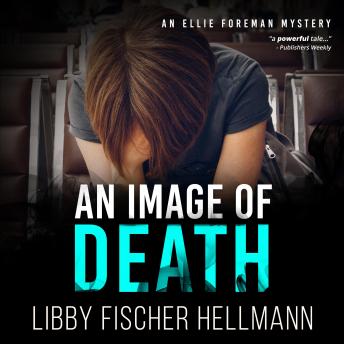 An Image Of Death: An Ellie Foreman Mystery

An Image of Death sees Ellie in the midst of producing another video documentary, financed by a successful Chicago real estate developer. But things take an unexpected turn one winter night when a mysterious package arrives anonymously on Ellie’s doorstep. Inside, she finds a surveillance video apparently showing the murder of a young woman. Who was the victim, why was she murdered, and what is her connection to Ellie? Despite being pushed to one side by the cops, Ellie begins to uncover the victim’s dark history, forged in Eastern Europe at the time of the collapse of the Soviet Union. Her search for answers takes her into the murky world of money laundering and diamond dealing, ultimately ending up at a deserted construction site in the hands of people who believe she knows too much. Georgia Davis, still a cop, has a featured role in this thriller.

A compelling group of believable characters… plausible and engrossing. Highly recommended, even if you don’t live in Illinois…, Chicago Sun-Times

Ellie’s completely believable, because Hellmann writes believable. Her dialogue works… her characters, and her plot, even when unfamiliar or a little out-of-the-ordinary, are plausible… captivating reading and well-done. Andi Schecter, I Love A Mystery

The story is action packed with twists that keep you turning the pages. Ms. Hellman has done a fabulous job in bringing two worlds together. … a must read.Tracy Farnsworth, Romance Readers Connection

This title is due for release on September 28, 2016
We'll send you an email as soon as it is available!