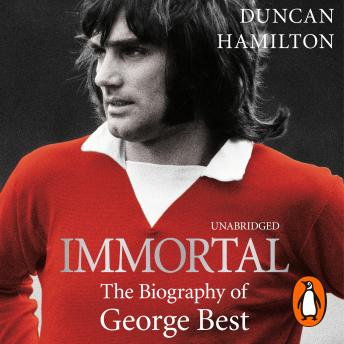 George Best is considered the greatest footballer of our time.

No other imposed himself so completely on to the romantic imagination. No other was so emblematic of the era during which he flourished. And no other will ever be as memorable as George Best.

On the field Best's skills were sublime and almost other-worldly. Off it, he had a magnetic appeal. He was treated like a pop icon and a pin-up; a fashion-model and a sex-symbol. Every man envied him and every woman adored him.

To mark the 50th anniversary of his debut for Manchester United, Duncan Hamilton examines Best's crowded life and premature death. But most importantly, Hamilton presents Best at his glorious peak - the precocious goals, the labyrinthine runs, the poise and balletic balance and the body swerves.

This is George Best: footballing immortal.