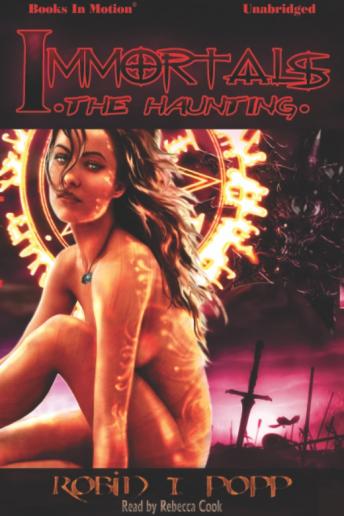 For centuries they have walked among us--vampires, shape-shifters, the Celtic Sidhe, demons, and other magical beings. Their battle to reign supreme is constant, but one force holds them in check, a race of powerful warriors known as the IMMORTALS! Random flashes of unearthly light. Ominous messages written on steamy mirrors. Assailants lurking in shadows. Mai's hallucinations are becoming a little too real - the last one almost killed her. She's faced ancient demons and rogue vampires, but this kind of dark magic is more powerful than any she's seen. Mai also senses someone else trying to help her, a dream walker who comes in the night to soothe her fears. And fulfill her wildest fantasies. But who is he? As the danger and desire escalate, Mai is determined to find him--for only together can they stop - THE HAUNTING