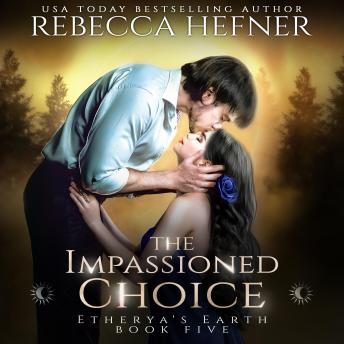 A new villain emerges, threatening the peace the immortals crave…

Heden, the youngest Vampyre royal, has always strived to live up to his sovereign duty. As the most gifted programmer in the immortal world, he applies his skills to protect the kingdom and the family he adores. But his siblings have all settled down with families of their own, and Heden often feels like a perpetual third wheel.


Racked with guilt after her grandfather's violent death, Sofia Morelli made a sinister pact with an unknown ally. Utilizing her tech ingenuity to plan the ultimate attack against the immortal royals, she begins to realize they might not be the nefarious enemies she believed them to be.

As Heden discovers the new adversaries and learns someone on the Secret Society shares his hacking prowess, he realizes the human, Sofia, might actually hold the key to defeating them. Determined to turn the feisty woman to his side, he employs his jovial nature and seduction skills to win her over. But when their tentative connection turns into something more, Heden understands a coding war isn't the only thing he could lose to the spunky human. For, he might just lose his heart to someone who can never share his immortal future…

**The Etherya's Earth series is best read in order so the reader can enjoy the evolution of the characters. After all, the author loves a good twist and wants the reader to uncover them organically. However, readers of romance rest assured that each book has its own featured hero/heroine and HEA.