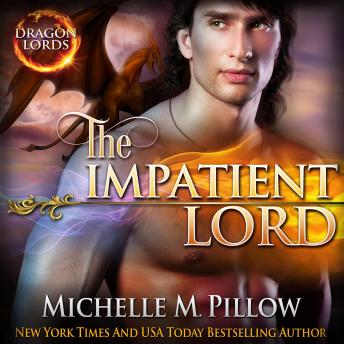 Riona Grey lives life on her own terms, traveling wherever the next spaceship is flying and doing what she must to get by. When her luck turns sour, she finds herself on a bridal ship heading to a marriage ceremony. A planet of alpha male shifters seeking mates wasn't exactly what she had in mind as a final destination.

Just when she thinks things couldn't possibly get worse, she wakes up months later in an isolation chamber with a sexy, hovering dragon shifter telling her they're meant to be together...forever.

After years of failed marriage attempts at the festivals, fate finally revealed Lord Mirek's bride... a day too late. Eager to have her, the dragon-shifter nobleman defied tradition and laid claim. But it is a mistake to go against fate's plans and his new wife is the one to pay the price of his impatience.

Now almost a year later, his bride is finally waking from her deep sleep. He feels the eagerness to claim her overtaking him once more. Fearful she'll slip through his grasp, he's hesitant to anger the gods by taking her to his bed too soon. But, how can an alpha male resist the one thing that would make his life complete, especially when she looks at him with eyes of a seductress?

This is a test he can't fail, and yet with one of her sweet kisses he knows he may already have lost.