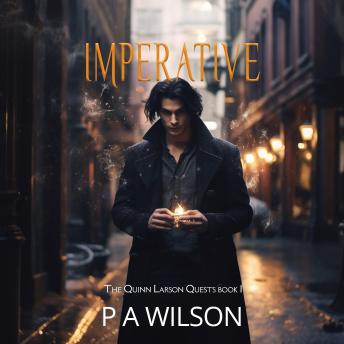 Narrated By: P A Wilson

He wasn’t looking for trouble. It found him anyway.

Vancouver, BC. Wizard Quinn Larson would prefer his magically long life be uneventful. But when fairies start murdering humans, he’s forced to help avert an epic war. To do it, he must stop the all-powerful Sidhe Queen from bending the fae to her will.

Reluctantly assembling a team to hunt down the evil sprite, Quinn fears he’s placing those he loves in harm’s way. But unless he overthrows an almighty foe, he could find himself paying the ultimate price.

Can Quinn prevent two worlds from colliding in a bloody magical massacre?

Buy Imperative to kick a spell-wielding witch off her throne today!