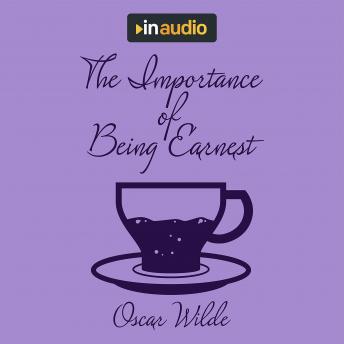 “All women become like their mothers. That is their tragedy. No man does, and that is his.”

The story begins with two men discussing an impending marriage proposal. Algernon Moncrieff’s best friend Ernest has planned to propose to Algernon’s cousin, but has secretly been living a double life. To some, he is named Jack Worthing, to some he is Ernest. His dual personas have different personalities – Ernest is a libertine while Jack is a serious man.

This deception makes Algernon wonder what may happen if he also adopts the Ernest persona. Soon after becoming the second Ernest, confusion and hilarity ensues as the characters mix one another up, cross into each other’s lives, get tangled in love triangles, and generally treat all of their circumstances as trivial matters.

The Importance of Being Earnest is Oscar Wilde’s pinnacle of theatrical writing, and is a beloved play that is performed widely to this day and serves as the basis for countless films and television shows. The humor, satire, drama and amusing characters make this play a timeless work.