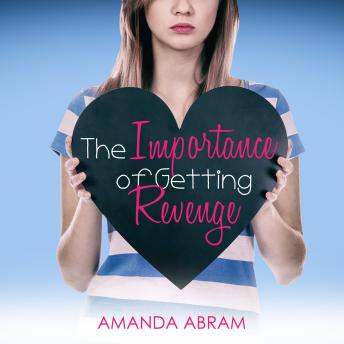 The Importance of Getting Revenge

Seventeen-year-old Lexi Turner has just been dumped by her boyfriend of three years-on the day she was going to, well, do it with him. And to make matters worse, he dumped her for a lifeforce-sucking demon! Devastated by this turn of events, she decides there is only one way to deal with the situation: get revenge. Enter Jase Holloway-Lexi's former childhood friend and adversary to her ex. The plan is simple: somehow talk Jase into pretending to be her boyfriend to make her ex-boyfriend jealous, make him regret dumping her, and make him come crawling back to her on his hands and knees, begging for forgiveness... With Jase on board, Lexi is confident she will get the revenge she deserves. But nothing's ever that simple, and Lexi soon finds out firsthand that sometimes what you want isn't always what you get-and sometimes what you get is what you wanted all along.

The Importance of Getting Revenge is pretty romance about seventeen years old Lexy and her troubles with love. The story is really nice, the plots are sometimes a little (really only little) predictable, but sometimes you could be very surprised and I am very happy to be surprised. I also like the characters in the story, principaly the main character Lexy, her best friend Trish and Lexy's fake boyfriend Jase (Trish's brother). Next I have to thanks to narrator for very good job! So, finally, I recomend this book to every girl or young woman, which like romantic story.