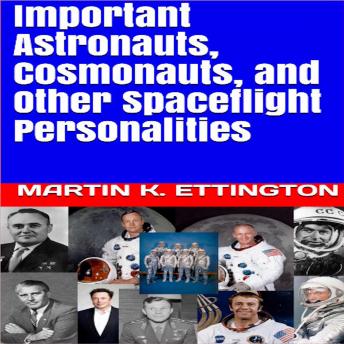 This book is the eighth volume of “The Living in Space Series”. Each volume focuses on one particular technology of living in space.
This book covers the Astronauts, Cosmonauts, and other individuals who were responsible for some of the biggest space adventures to date.
When I was a kid growing up in the 1960s my friends and I were always listening to the latest news about the Mercury Seven and their latest adventures flying into space.
As of 2020 less than 600 persons have gone into space. These people have pioneered many different types of space activities and are responsible for many legends.
In 1985 while working for Hewlett Packard I got myself transferred to work at the Johnson Space Center in Houston, Texas for a couple of years. It was incredible for me because I got to see the manned space flight center up close, walk inside of Space mockups, and meet many astronauts. In fact it was David Wolf—who later became an astronaut who took me up for rides in his Pitt Special Acrobatic plane (where I got really sick) which convinced me to get my own pilots license. I even applied for the astronaut corps but didn’t make it.
I also knew Julie Resnick who was killed in the Challenger explosion. It was very impressive attending the Challenger public funeral where President Reagan spoke.
As a lifelong space buff, I’m very happy to write this book series and introduce the key players here. In this book we will profile those persons who have been the star players in man’s exploration of space, and who have made major space contributions over the years.