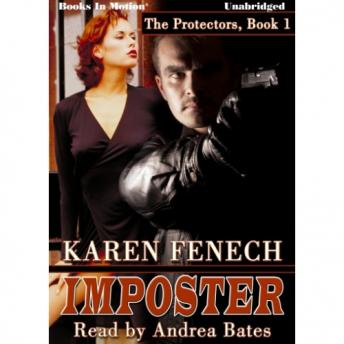 THE PROTECTORS: Though they work independently and at times are oceans apart, their ties to each other remain strong. They\'re related by blood or bond - this group of men and women in law enforcement, government intelligence, and the military who do what others cannot to serve, defend, and protect. IMPOSTER: The Protectors Series - Book One. Chemist Dr. Eve Collins, wrongly accused by the CIA of developing and marketing a chemical weapon, learns she has been set up as a scapegoat by someone seeking to hide his own guilt. That \"someone\" wants her dead. Her life depends on making no mistakes - like trusting the Central Intelligence agent assigned to her case, a man she\'s falling in love with. CIA Operative John Burke doesn\'t believe her claim of innocence. When an attempt is made on her life, he believes her accomplice has turned on her. But something doesn\'t add up about Eve and her role in this crime she\'s accused of. Burke has too many questions, including - has his judgment been compromised by his fierce attraction to her? It\'s a question Burke asks himself again and again but when he learns Eve\'s would-be assassin is close, he goes on the run with her. It\'s a temporary solution - running will not keep her safe. Burke must find the assassin - or die trying.