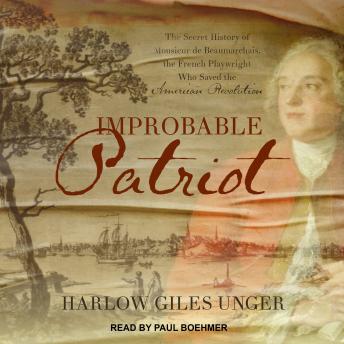 Pierre-Augustin Caron de Beaumarchais was an eighteenth-century French inventor, famed playwright, and upstart near-aristocrat in the court of King Louis XVI. In 1776, he conceived an audacious plan to send aid to the American rebels. What's more, he convinced the king to bankroll the project, and singlehandedly carried it out. By war's end, he had supplied Washington's army with most of its weapons and powder, though he was never paid or acknowledged by the United States.

To some, he was a dashing hero-a towering intellect who saved the American Revolution. To others, he was pure rogue-a double-dealing adventurer who stopped at nothing to advance his fame and fortune. In fact, he was both, and more: an advisor to kings, an arms dealer, and author of some of the most enduring works of the stage, including The Marriage of Figaro and The Barber of Seville.