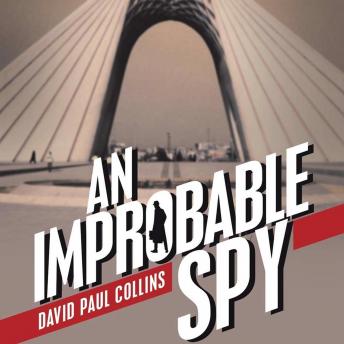 Tehran was well known to American businessman Jack Devlin until the day everything changed. When radical Islamic students stormed the US embassy on November 4, 1979, Jack narrowly escaped the revolutionary chaos, leaving behind 80 percent of his business and 100 percent of his heart.
To get his beautiful girlfriend, Farideh, out of Iran, Jack accepts a devil’s bargain with the CIA and MI6. He must slip back into Tehran, where the militant students are holding dozens of Americans hostage in their own embassy. His part of the bargain is to steal the coveted client ledger of the world’s most powerful arms dealer, Mustafa Khaki, Farideh’s father. Surprised by an additional assignment, Jack is also ordered to strip a KGB defector of details on Russian collusion with Iran and their plan to eliminate the American hostages while infiltrating the highest levels of Ayatollah Khomeini’s government.
From the damp cellars of KGB headquarters to the cold chill of British espionage to the blistering heat of the Kuwaiti desert, readers will learn, in an erroneous twist, that not all the turncoats are Russians.
“Collins’s descriptions of bazaars, street scenes, customs officials, and hotels in Tehran, Kuwait, and Egypt, and roadblocks manned by soldiers leading boys with AK-47’s, are vivid enough to convince anyone who has been in the Third World for any length of time that the author has been there, and not as a tourist. This brilliantly written espionage tale is as good as it gets.” Starred Review from BlueInk Review
“Through excellent characterization the characters come alive – heroes to be cheered on, villains to be despised. This taut, tense, page-turning thriller is highly recommended.” Darryl Greer, Readers Favorites
“I loved the crisp writing and gorgeous descriptions, an international setting that will stay vivid in the minds of readers. An Improbable Spy is nothing short of a spellbinding, entertaining page-turner.” Ruffina Oserio, Readers Favorites