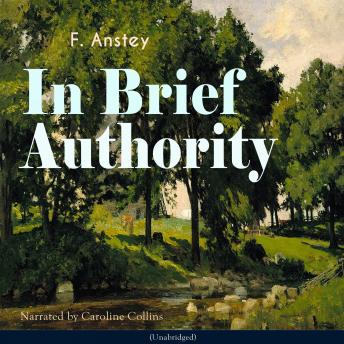 In Brief Authority (1915) by F. Anstey is a satiric comedy about a British new rich family. They are taken in a car drawn by storks to Märchenland—Fairyland, practically. The father and mother have been chosen King and Queen, and they are keen to practice their new authority to establish their customs in their new reign. The inhabitants of Fairyland—a dragon, a fairy godmother, giants, gnomes, etc. do not really like the new rich as the new rulers. Will there be a magic insurgency? Listen to the recording to find it out! Artist Bio Author: F. Anstey (1856-1934) was an English novelist and journalist, who wrote comic novels and humorous yet truthful studies of the East Indian with a veneer of English civilization.