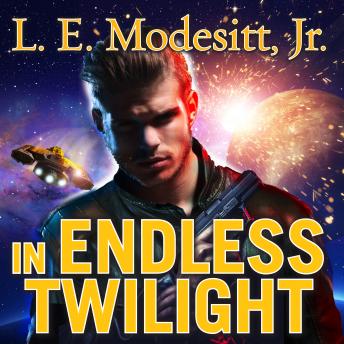 Across the Galactic Empire, from planet to planet, the lone Immortal fights. He has a plan, and he has all the time he needs. Gerswin, the Forever Hero, is determined to be the salvation of distant Earth and of humanity.
Now, in the climax of L. E. Modesitt, Jr.'s epic trilogy, the Forever Hero's plans come to fruition, as he destroys the decayed, bureaucratic Empire that feeds off humanity, living on as the most legendary of human heroes.