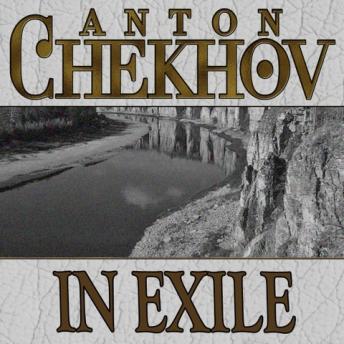 Semyon and a young man, along with three other ferrymen, live out their days on a desolate riverbank in Siberia, after being exiled from their countries for various crimes. Their environment is freezing cold and barren, providing nothing about which to be happy. However, Semyon seems content with his life, arguing that if he wants nothing he will never be disappointed. The young man, on the other hand, is miserable and hopes that his wife and mother will soon come visit him. Semyon warns the young man that he will not survive in exile if he begins to hope for things, using as an example a gentleman who became overtaken by wants while in exile. As the young man grapples with his new life, the gentleman from Semyon's cautionary tale arrives, complicating his thoughts about his exile even more.
Anton Chekhov (1860-1904) was a Russian writer best known for his plays and short stories. During his life-time, he wrote hundreds of short stories, which utilize simple prose and limited literary techniques to get to the heart of the characters. He has won several awards and honors, including the Pushkin Prize in 1888.