In Free Fall: A Novel 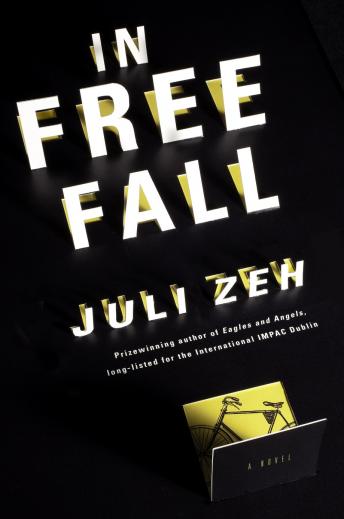 A child is kidnapped but does not know it. One man dies, two physicists fight, and a senior constable falls in love. In the end, everything is different . . . yet exactly the same.” —Prologue

A rising star who has garnered some of Europe’s most important literary prizes, Juli Zeh has established herself as the new master of the philosophical thriller. With In Free Fall, she now takes us on a fast-paced ride through deadly rivalry and love’s infinite configurations.

Against the backdrop of Germany and Switzerland, two physicists begin a dangerous dance of distrust. Friends since their university days, when they were aspiring Nobel Prize candidates, they now interact in an atmosphere of tension, stoked by Oskar’s belief that Sebastian fell into mediocrity by having a family. When Sebastian’s son, Liam, is apparently kidnapped, their fragile friendship is further tested. Entrusted with uncovering the truth, Detective Superintendent Schilf discerns a web of blackmail, while at the same time the reality of his personal life falls into doubt. Unfolding in a series of razor-sharp scenes, In Free Fall is a riveting novel of ideas from a major new literary voice. With the recent success of works in translation, such as Stieg Larsson’s The Girl with the Dragon Tattoo and The Girl Who Played with Fire, Zeh is poised to take off.

In Free Fall: A Novel