In Giving I Connect With Others: An Essay From 'This I Believe' 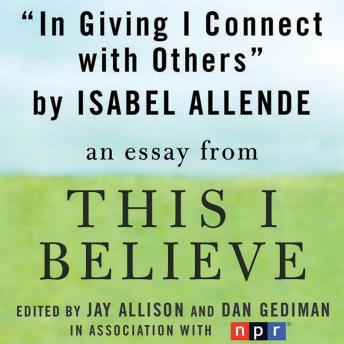 In her contribution to NPR's This I Believe series, novelist Isabelle Allende reflects on how her daughter's life--and death--taught her that 'In Giving I Connect With Others'.

In Giving I Connect With Others: An Essay From 'This I Believe'