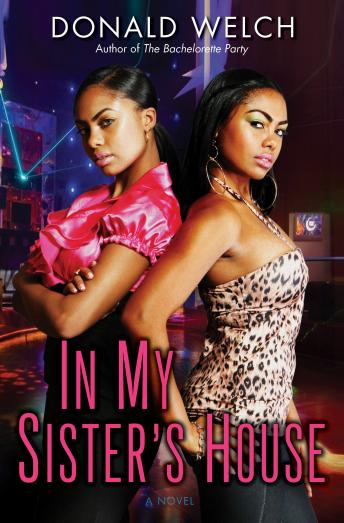 In My Sister's House: A Novel

Skylar and Storm Morrison may be gorgeous twin sisters, but they are as different as night and day. Skylar is savvy and book-smart; Storm is shrewd and street-smart. But a twist of fate lands Storm in jail, where she must trade her Fendi bags and Prada boots for an orange jumpsuit and laceless white sneakers. Meanwhile Skylar makes a name for herself by transforming the restaurant that once belonged to the twins’ late father, Dutch, into Legends, Philadelphia’s hottest new nightclub.

Now, newly released from prison, Storm has some serious living to do. And she’s ready to take control of what’s rightfully hers—a share of Legends—with the help of some of Philly’s most notorious thugs. But moving back into the real world will prove much harder than Storm ever imagined. And as Skylar and Storm negotiate their new relationship, both women will feel the pull of Dutch, a figure so powerful he can keep his girls in line years after his death. In the end, the sisters will have to face their shared, tumultuous past—and a future that’s both uncertain and wide open.