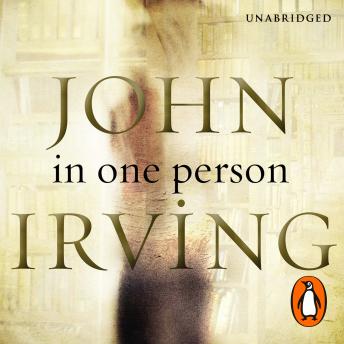 A compelling novel of desire, secrecy, and sexual identity, In One Person is a story of unfulfilled love - tormented, funny, and affecting - and an impassioned embrace of our sexual differences. Billy, the bisexual narrator and main character of In One Person, tells the tragicomic story (lasting more than half a century) of his life as a 'sexual suspect,' a phrase first used by John Irving in 1978 - in his landmark novel of 'terminal cases,' The World According to Garp.

His most political novel since The Cider House Rules and A Prayer for Owen Meany, John Irving's In One Person is a poignant tribute to Billy's friends and lovers - a theatrical cast of characters who defy category and convention. Not least, In One Person is an intimate and unforgettable portrait of the solitariness of a bisexual man who is dedicated to making himself 'worthwhile.'